The whole purpose of the trimming process is to make your glider easy to fly in a ‘hands-off’ situation. The easier it is to fly, the better it will fly. I like my gliders to be neutrally stable so they will fly hands off. This helps you to detect thermals in the first instance and to be comfortable flying your glider a long way downwind.

With very few exceptions the tow hook should be placed in front of or on the CG. The ideal position also depends on flap and elevator presets so there is no definitive position. Moving the hook rearwards will increase the steepness of the climb, but ultimately with a reduction in directional stability.

This subject is probably the object of more debate than any other with regard to model gliders. Why? Because changes to CG can drastically affect the way your glider flies. There is no single 'perfect' CG for any model, your flying style is part of the equation. 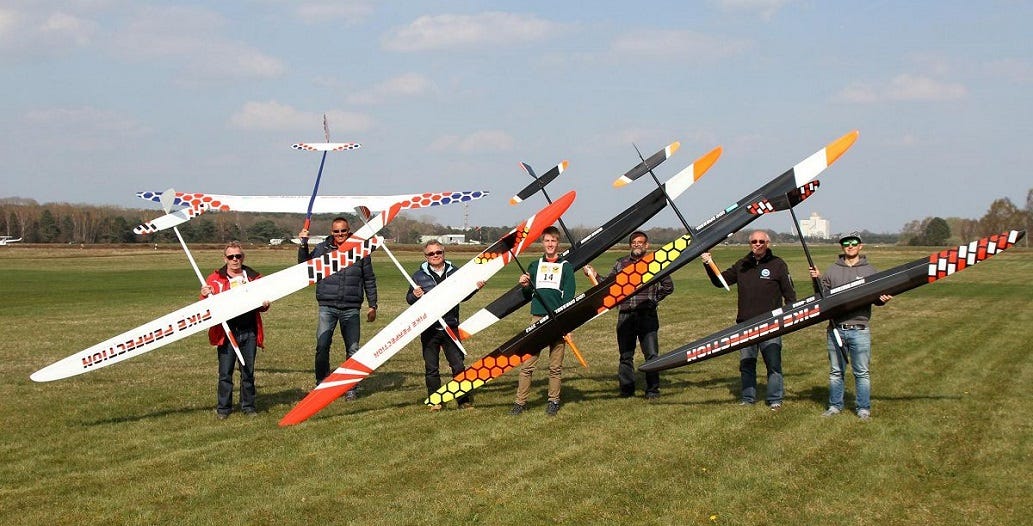 Before you do this test the elevator trim must be set for normal gliding flight. Dive the model into the wind at about 30° with wings level for about 2 seconds. Then release the elevator stick and carefully observe the behaviour of your model. If the model pitches up (climbs) then the model is nose heavy. If the model dives at ever increasing downwards angle it is tail heavy. The aim is to achieve a model which does not pitch up or down when you release the elevator stick. i.e. is neutrally stable in pitch. (If the surfaces are all straight it should already be neutrally stable in roll and yaw).

With the advent of modern computer radios and the common use of flight phases it is now possible to set the preferred amount of travel for each channel for each phase; launch, speed, thermal, landing and more.

Roll the model to the left and closely watch the angle of the fuselage to the horizon. If it goes nose high (yawing to the right) you have too much differential. If it goes nose down (yawing to the left) you have too little differential. Aileron – rudder mixing does not cure the nose high or low situation described, changing the differential is the only cure. Aileron – rudder mixing is used to stop the model skidding in the turns. Imagine looking down on your model (plan view) as it performs the perfect thermal turn. In an ideal world, the fuselage would follow the perimeter of that circle.

I struggled with the setup of my first Pike Perfect for over 6 months and actually preferred my older Pike Superior until I reduced the amount of aileron differential to 7mm up and 6mm down, reduced the rudder mixing and it suddenly turned like it was on rails. Thinner airfoils flying faster need less differential.

Glider fliers are inherently poor users of rudder control when they try to fly a helicopter or a 3D model. I now use the rudder when making slow thermal turns (with very little aileron input) to keep the wings level during the turn, and to make minor corrections on landing approach as again you want to keep the wings level so you don’t touch a wing tip on the ground. 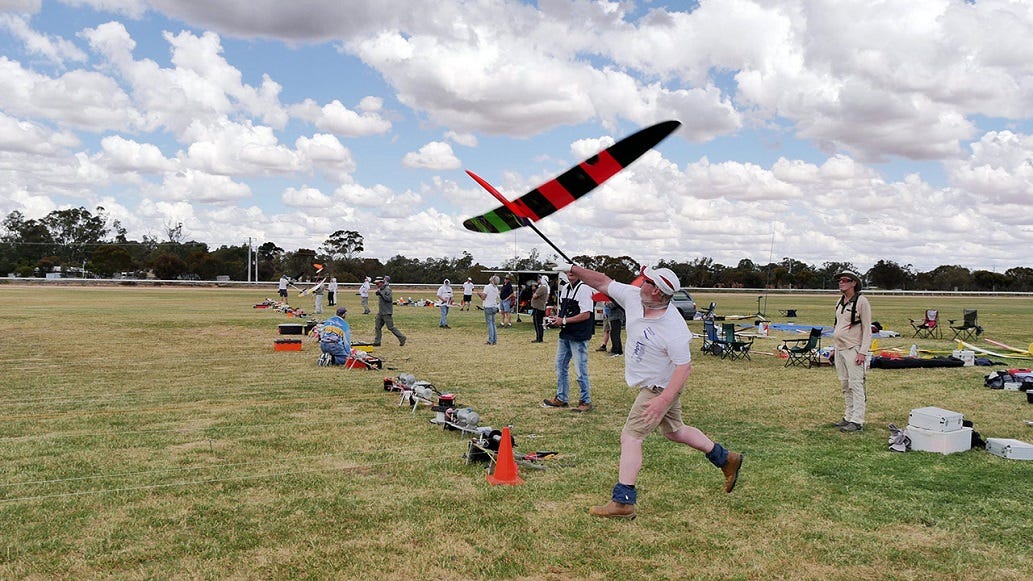 On a modern 6 channel glider the flaps serve 3 purposes:

This is a complex subject in itself. Suffice it to say that about 20o positive (down) deflection is a good starting point - the ailerons should be level with the flaps. A good launch setup is a combination of hook position, flap and aileron setting and elevator presets.

The complete trailing edge can be lowered about 2mm to enable the model to fly slower in small weak thermals. Similarly, the complete trailing edge can be raised 2-3mm to improve penetration in strong winds, between thermals or for speed tasks. The ideal settings vary from model to model and should be tested carefully. Again, calm, neutral air is ideal. Elevator to Flap mixing is increasingly used in Thermal mode.

To really slow the model down and increase the rate of sink, the flaps should be lowered at least 70o. At the same time, it is normal practice to raise the ailerons about 20o. Most modern computer radios have a ‘multi-point’ mixing curve for butterfly-elevator. It is rare for this mixing curve to be a straight line. I spend a lot of time making sure that as you move the throttle stick back and forward the fuselage does not change attitude quickly. This will make your throttle stick a proportional device to control your landing approach.

How to land on the spot on time

The simple answer is practice, practice, practice. But there must be some method to your practice. I find I need to have my glider at certain ‘marker’ points at certain times to get the landing right. David Hobby’s approach is a shorter, faster and lower final leg with strong braking in the last few metres. Any method will work but to be able to produce landings inside 1 metre and second regularly I think you need some physical ‘markers’ so that you can repeat the process over and over.

How to make your glider stay up