Another big crowd rocked up for the March indoor meeting at ETSA Park. It was great to see members from Noarlunga, Holdfast, SSL, Hummocks, Constellation, AMA and more in attendance. 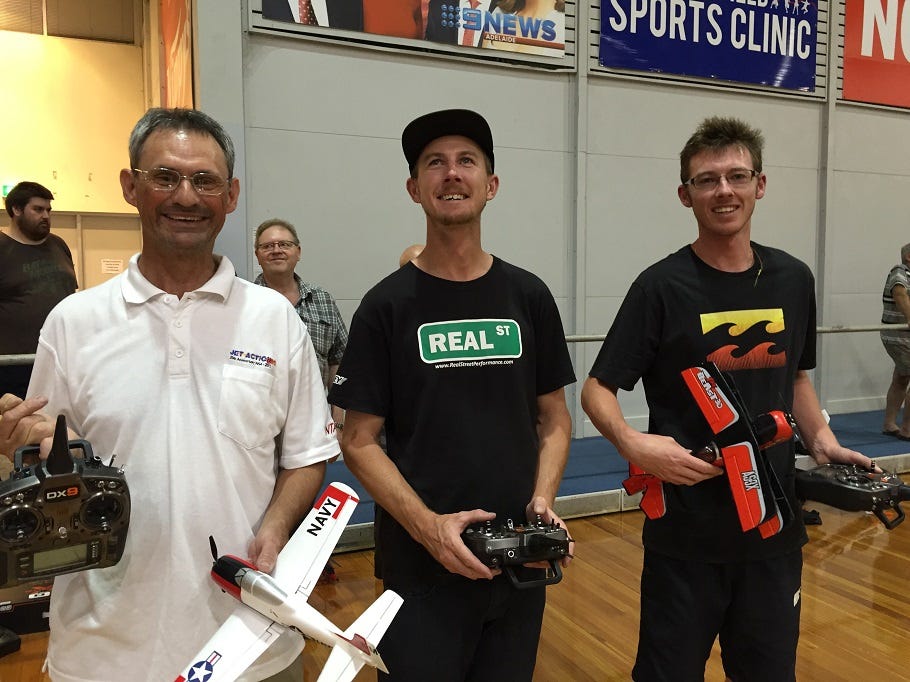 There were slightly less quadcopters and helicopters compared to last month, but an increase in UM warbirds and aerobatic models, and plenty of indoor aerobatic shock flyers.

Sadly, this is the last indoor event at ETSA Park until Thursday August 18th due to clashes with netball matches in winter. We are pursuing alternate venues, but we will be back at ETSA in August.