After a series of cold, windy and sometimes wet days the lure of a relatively warm and calm indoor arena drew a large crowd of pilots to ETSA Park Netball Centre in July.
It was great to see some new faces who had an interesting variety of models to fly. 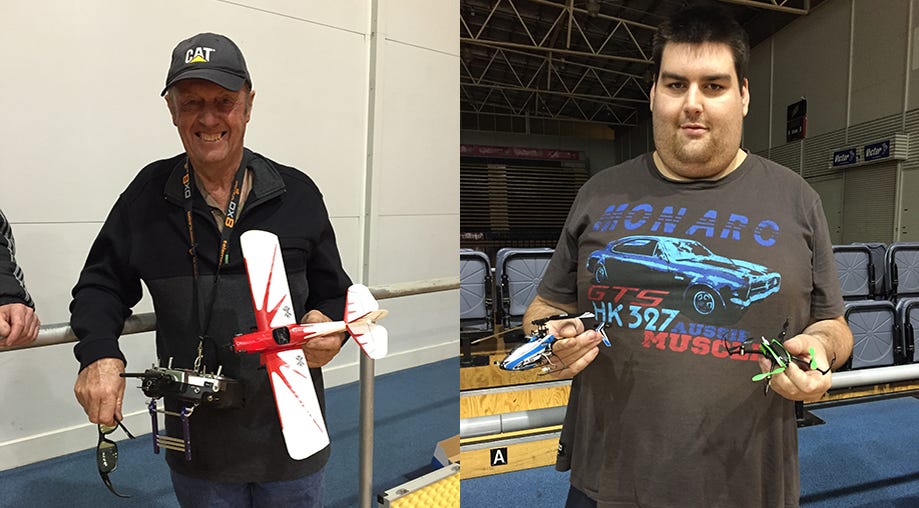 There were some Blade 200 SRXs, Night Vapors, several Ultra Micro Space Walkers, Mike flew an Ultra Micro PT-17, and we saw quite a few quadcopters in action. 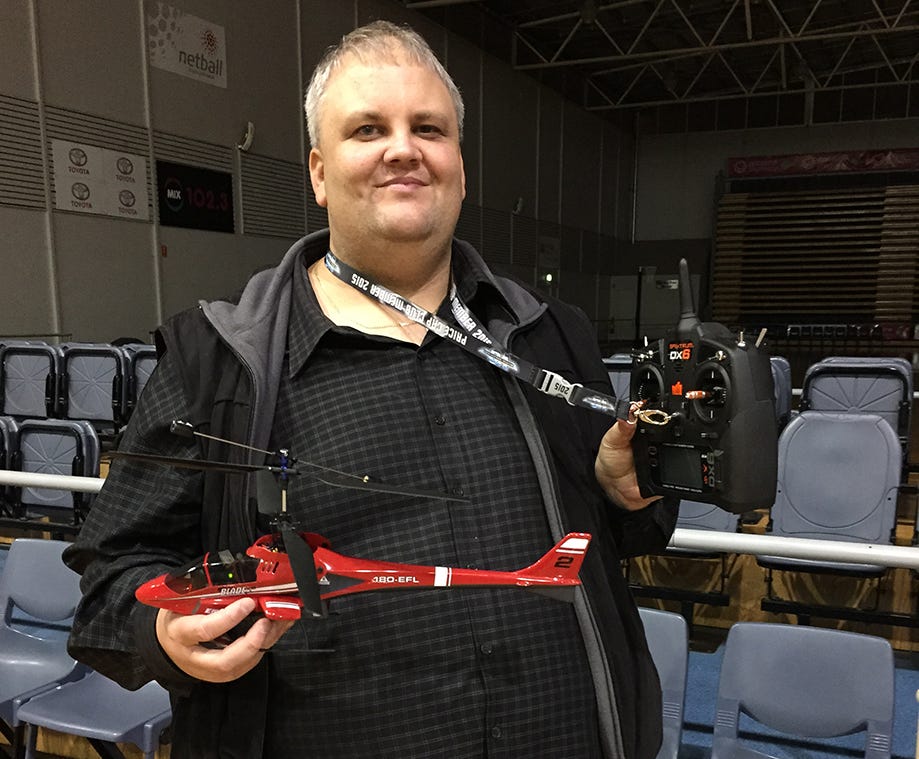 The next gathering is Thursday August 20th at 7:30 and we hope you can join us then.