Modelflight Off to Finke Desert Race with Brad Gallard Team #454

Modelflight Off to Finke Desert Race with Brad Gallard Team #454 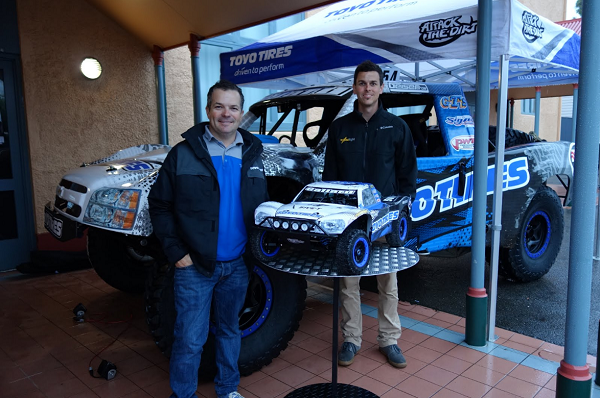 So this time next week we will have completed our 1500km trip north from Adelaide to Alice Springs for the 38th Finke Desert Race. The Modelflight team are looking forward to getting involved in the sights and sounds of this historic race. For those of you that may not be aware we thought it important to give you a little background to the history of the race. The Tatts Finke Desert Race is an off-road, multi terrain two-day sprint/race through the Simpson desert from Alice Springs to the small Aputula (Finke) Community on the first day, and, back to Alice on the second day. The race crosses the Finke River, believed to be one of the oldest in the world and this year will be held from the 7th to 9th June. Finke as it is known, is now one of the biggest annual sporting events in the Northern Territory. It is recognised as the richest Off Road Race in Australia with the added reputation of being one of the most difficult courses in one of the most remote places in the world. Its a bit like a condensed version of the Paris to Dakar race.  The Finke race is unique in that it enables people of all walks of life to become involved.  All you need is 100% ambulance cover, your MA/CAMS licence and a kick ass two or four wheeled vehicle that can take a beating!

In the spirit of the Finke Desert Race, we decided to make a smaller-scale (but just as exciting) version featuring the Vaterra Ford Raptor and the Losi Tuff Country. Check out the video below:

If youve attended in the past or seen footage on TV youll know that it is a high speed dash through desert country with your chances of getting through to the end as clean and shiny as you started being nil!! The inaugural Finke Desert Race started back in 1976 when a bunch of motorbike/trail riding enthusiasts challenged each other to an Alice Springs to Finke and back again trip.  The bikes had it all to themselves until 1988 when the growing popularity of the race saw the introduction of cars and off-road buggies.  The bikes, cars and buggies all got along famously with no rivalry whatsoever..yeah right.  The battle for the King of The Desert title given to the winner of the Finke Race was fiercely contested with the bikes continuing to be too quick for their 4 wheeled competition.  It wasnt until 1999 that an off-road buggy gave the 4 wheeled racing fraternity their first King of The Desert title holder.  Honours were shared fairly evenly between the bikes and 4 wheelers until 2005 when it was decided to create a King of The Desert title for both the bikes and the 4 wheeled competitors.  The winner of each title takes home a cool $10,000 so the competition during the 460 km round trip has lost none of its ferocity over the years.

So why is Modelflight going to the Finke Desert Race?  As we reported back in late-March, Modelflight is proud to be supporting the Gallard #454 Trophy Truck Team in its 2014 Finke Desert Race campaign by way of sponsorship. Brad Gallard is a homegrown product from the Riverland in South Australia and has loved going fast all his life.  The Gallard #454 Trophy Truck comes very close to what we envisage a full scale Losi 5IVE-T would look like and our association with Brad and the team will hopefully translate to a greater interest in our extensive range of highly capable off road RC trucks.

Modelflight has been buzzing with news of this sponsorship as the delegation of Jamie, Tim and Matt gear up for their first Finke Desert Race.  Theres usually something whizzing around the Modelflight warehouse and to hear a couple of Losi 5Ts fire up and do a few laps of the car park in preparation for the demo races in Alice Springs was a very welcome distraction from the usual day to day business.  Like an F1 pitstop crew the boys have been going over the vehicles with a fine tooth comb.  The old fuel has been taken out, the filters have been changed, batteries charged, all suspension levels have been checked and an array of spare parts has been assembled. The Losi, ECX and Vaterra vehicles are ready!  Making the trip are the Vaterra Halix 4WD Monster Truck, the Losi 5th Scale Desert Buggy XL, the Vaterra 4WD Ford Raptor, the 4WD ECX Torment, the Losi Tuff Country Short Course Truck, and, for something different, the Losi Tenth Scale Night Crawler.  Not a bad line up if I do say so myself.  All thats left to do now is load up the van, drive 1,530 kms to Alice, and, keep Matt away from the vans stereo for 15 hours! 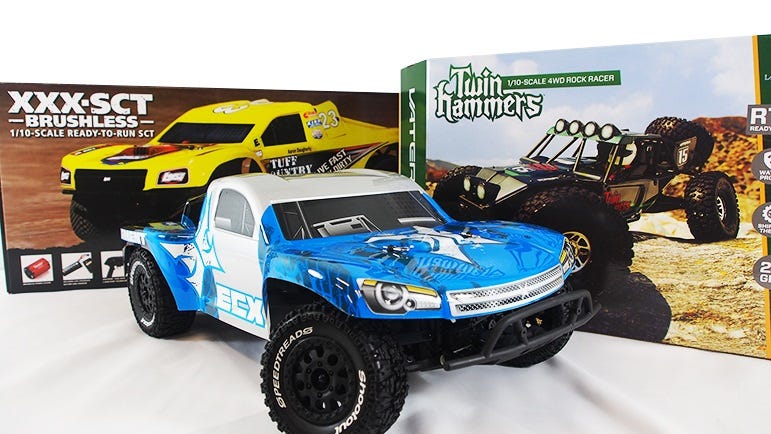 When we arrive at Alice Springs, Modelflight will be involved in plenty of activities in conjunction with Brad Gallards team. For example, on the Wednesday and Thursday (June 4 and 5), the Losi 5IVE-T and Vaterra Ford Raptor will be on display at the Desert Wave surf store in Todd Mall. Brad Gallards #454 truck will also be sitting out the front in the mall. On Friday June 6, there will be the ComeNTry RC Event at the Blatherskite Park Showgrounds. ComeNTry sessions will be held from 10am to 12 noon and again from 3pm to 9pm. Come see us at the Gallard #454 Team Display! On Saturday June 7 we will around the 8.3km prologue stage. We hope to see you there.

Some more details about Brad and his Geiser Brothers Trophy Truck are listed in the table below:

As you can see below, the final touches are coming together on the Gallard #454 Truck. It's great to see the Modelflight logo in such a prominent position. 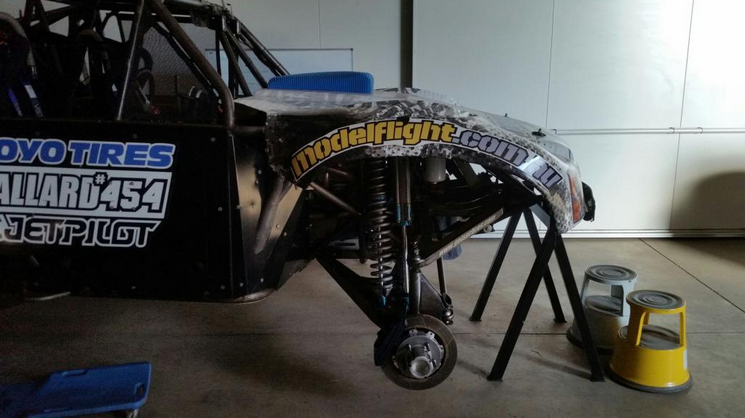 Stay tuned over the coming week or so as we bring your our account of the sights, sounds, and feelings from the great race. 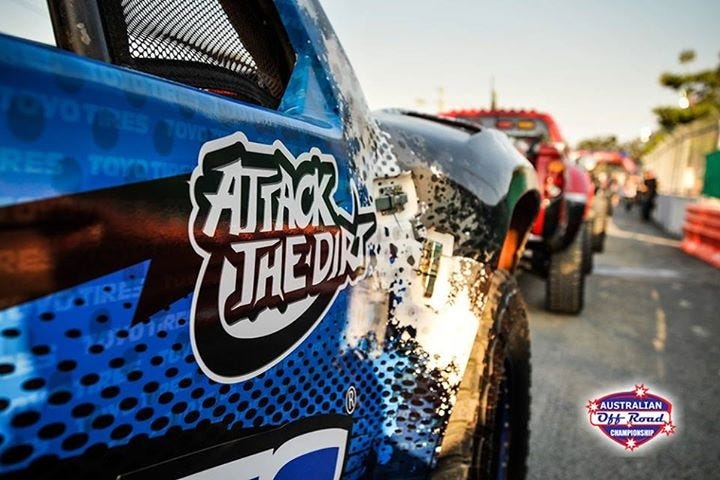