E-Flite's SR22T is an officially licensed replica in traditional colours. It’s rich in detail and features the modern lines that make it a pleasure to fly.

State of the art Scale Elegance 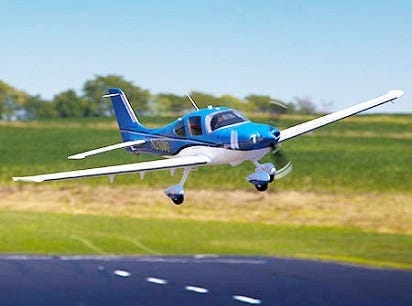 The Cirrus SR22T is a single engine four to five seat aircraft, first produced in 2001. The SR22T specifically was introduced in 2010. It has a maximum cruise speed of 396 km/h and a peak operating altitude of 25000ft. The SR22 is equipped with the Cirrus Airframe Parachute System (CAPS), which can lower the aircraft to the ground relatively gently during an emergency.

E-Flite Cirrus SR22T 1.5 is a general aviation masterpiece. A scale model that’s easy to fly and is visually appealing to aviation enthusiasts globally. The SR22T is packed with scale features not commonly found in foam models. Navigation lights, functional interior cabin, scale undercarriage with a steerable nose wheel add to the scale experience. The powerful 10 size motor and 40A ESC propeller the SR22T through the sky with ease. 2200mah 3S LiPo batteries are the ideal choice for good flight times and in flight performance. 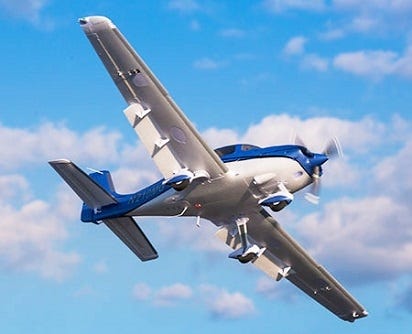 Like it’s 30cc Hangar 9 cousin, the E-Flite SR22T is officially licensed by Cirrus Aircraft. The pearlescent paint scheme is inspired by the Gen 6 2017 SR22T production aircraft. Scale details include door handles, steps, removable antennas and the beautifully detailed cockpit, to name a few.

At the field or at home in the shed, hands-free servo connectors and plug-in wing panels make assembly a cinch!

The E-Flite 10 size power plane and 40A ESC ensure no aerobatic manoeuvre is too difficult. 2200mah batteries are recommended but 3000mah is also suitable for longer flight times.

Working behind the scenes to smooth out the effects of the elements is your SR-22T’s AS3X receiver. The AR636A has SAFE Technology built in. You won’t need to program it, just follow the basic steps to program your transmitter before binding it for the first time.

SAFE Technology allows you to be in complete control of your model plane at all times.

If you like this electric plane, you'll love the E-Flite Commander mPd!